Warning: count(): Parameter must be an array or an object that implements Countable in /nfs/c07/h02/mnt/174000/domains/move-15.com/html/wp-content/themes/collections/library/metaboxes/init.php on line 755

Warning: count(): Parameter must be an array or an object that implements Countable in /nfs/c07/h02/mnt/174000/domains/move-15.com/html/wp-content/themes/collections/library/metaboxes/init.php on line 755

Warning: count(): Parameter must be an array or an object that implements Countable in /nfs/c07/h02/mnt/174000/domains/move-15.com/html/wp-content/themes/collections/library/metaboxes/init.php on line 755
 Move 15 Minutes A Day! | My Heart Surgeries 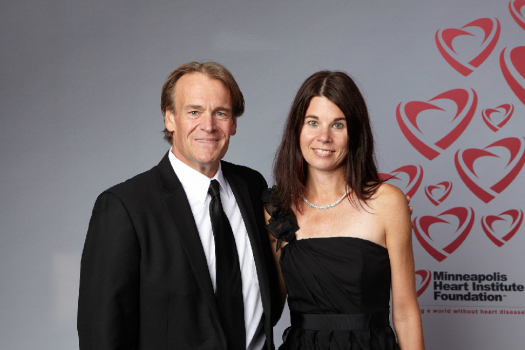 I wish I could say that I was at a perfect weight before my heart began to misbehave but, that is far from the truth!

Several summers ago I was driving with my wife to my niece’s wedding in Valparaiso, IN. My wife and I were having a ball in the car on our way to a celebration! I remember it like yesterday! We bought “ring-pops” (a giant diamond shaped lollipop ring) at a gas stop to feel youthful and enjoy a blast from our past. Right as you head into Gary, IN over the bridge on I94 I felt as if I were going to pass out. It came on suddenly in the worst imaginable place. That part of Gary, a bridge and four lanes of crazy Friday traffic. I was able to pull the car over to the shoulder and barely make it around to the passenger side switching places with my wife.

I mentioned the “ring-pop” because I thought maybe the sugar was giving me some sort of reaction? I had no previous troubles with processed sugar, but had no other idea. As the feeling of passing out retreated, I began to sweat profusely. Throughout the wedding I would have bouts of dizziness followed by sweating. I agreed to see a doctor when we returned back home to MN.

My doctor ran some tests and found nothing. Chalking it up to weird food, I moved on. A few weeks later it returned and became more and more frequent. Weakness and breathlessness joined in. More tests, no results. Many months passed, my weigh began to rise rapidly as my activity levels plummeted. This went on long enough to elicit my doctor to start talking about psychological evaluations. Oh boy, was I crazy? How do you know? Do crazy people know when it is happening? I was genuinely worried. Well, worry, fear, and no activity are a perfect place for poor nutrition and weight gain to coexist! Finally the heart monitor I was wearing did it’s thing and I was diagnosed with Atrial Fibrillation (a-fib). My doctor referred me to a Heart specialist in the Twin Cities.

I went to Minneapolis Heart Institute, mplsheart.com and met Doctor Katsiyiannis, a clinical cardiac electrophysiologist. He sat down with me and in terms I could easily understand explained what my heart was doing and how they could perform a surgery or series of surgeries to repair it. Nervously, I agreed.

The surgery was a 5-6 hour process called Electrophysiology Ablation. It is basically a strategical scarring of tissue to keep the electronic signals corralled to appropriate parts of the heart.

The first surgery went well and yielded results. After recovery a I needed a second EP Ablation. Again I went under with all the confidence in the world in Dr. Katsiyiannis and the staff at Minneapolis Heart Institute! The second surgery went as well as the first and the wait was on! After a healing period to insure that the surgery worked Dr. Katsiyiannis told me I was fixed! He told me to go live my life with no restrictions. Really? None? This overjoyed and terrified me all at the same time. Jokingly I aske Dr. K if he was suggesting that I lose weight (sitting in his office at 360+ pounds it was obvious)” “No”, he said “I am asking you to move at least 15 minutes a day”.

Sound familiar? Yes, that is where the name of my website was born! Thanks Dr. K!! Moving 15 minutes a day was something I could do! It was not overwhelming! It was manageable.